What is Tuberculosis (TB)? 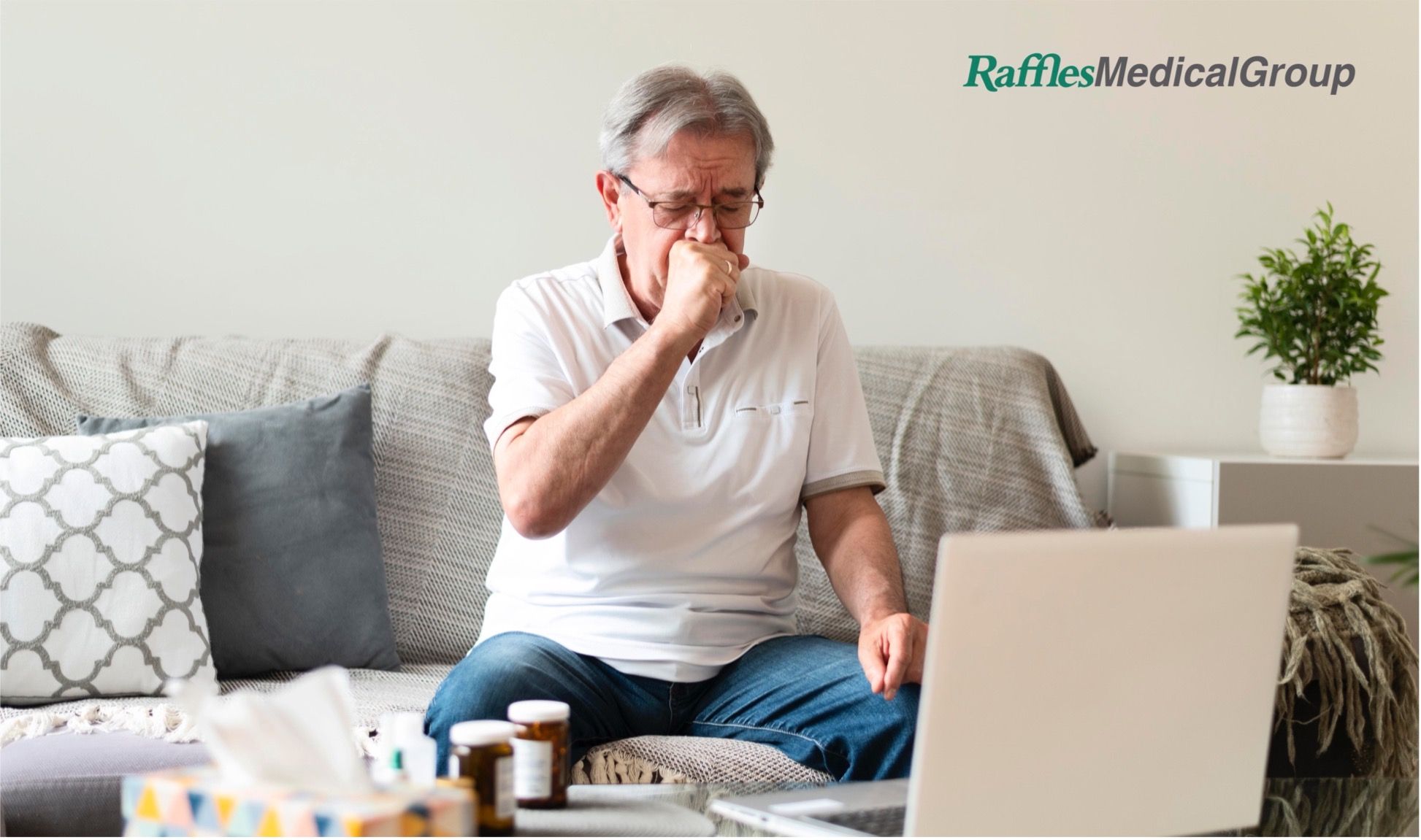 Tuberculosis, or TB for short, is a disease caused by a bacteria called Mycobacterium tuberculosis. TB can occur in any part of the body, but it most commonly affects the lungs (pulmonary TB). TB, which affects other organs outside the lungs, such as lymph nodes, bone or brain (extrapulmonary TB) is less common.

How Prevalent is TB?

Number of cases and distribution of tuberculosis infection by site, Singapore residents¹ 2011 – 2020 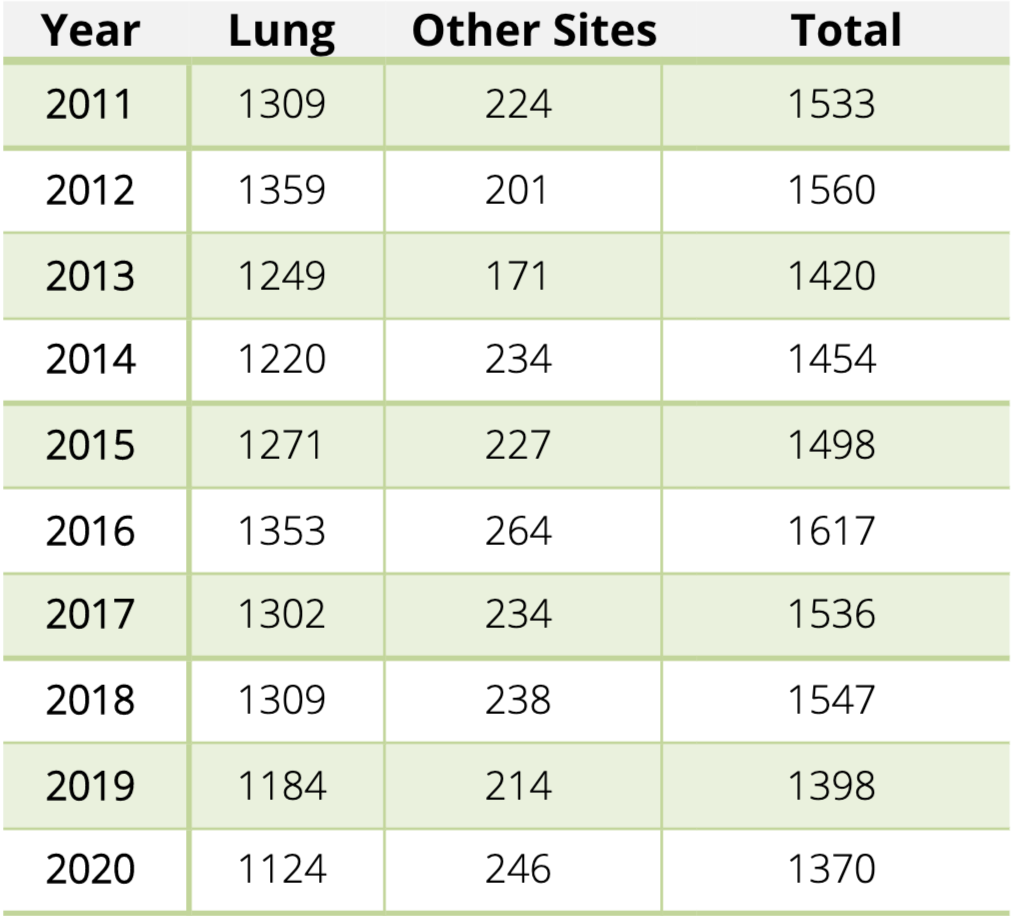 Genetic analysis and links, established in April 2022, revealed that all seven cases have similar genetic make-up. This suggests that these cases were linked by spread from one or more common sources. Investigations into the cases did not reveal any common links, other than that they live in the same block. The cases did not know or interact with one another, or congregate in the same common areas, and had also not identified each other as close contacts.

Therefore, as a precaution, MOH offered TB screening to current and former residents, as well as stallholders, shop owners and their employees at that location.

Although TB rates have dropped since the introduction of highly effective medication in the 1960s, the disease continued to be a global public health problem. In 2021, there were 1,306 new cases of active TB cases among Singapore residents. This is lower than the 1,360 cases in 2020. The incidence rate was 32.8 cases per 100,000 population in 2021, compared to 33.6 cases per 100,000 in 2020. Older age groups (above 50 years old) and males continue to make up a significant proportion of the new active cases.

How Does TB Spread?

TB bacteria is passed through the air when someone who is affected with the active pulmonary (lung) TB disease coughs or sneezes. Those around the infected person for prolonged periods of time and those who breathe in the bacteria may be infected. As it is an airborne infection, people cannot get infected with TB through handshakes, sitting on toilet seats, sharing dishes or utensils.

Will Those Who Get Exposed to the Bacteria Develop the Same Symptoms?

Most healthy people exposed to the TB bacteria do not get infected, and active TB disease develops only in about 10 percent of those infected. In most individuals, the body’s immune system will ‘wall off’ the TB bacteria, preventing it from multiplying and developing into active disease. This is known as latent TB, where the bacteria stay dormant for many years or even throughout a person’s lifetime.

In healthy adults with latent TB, 5 percent go on to develop active TB disease within the first two years, and another 5 percent may develop it sometime after two years or within their lifetime.

The progression from latent TB to active TB is more likely to occur if the immune system is weakened due to illnesses such as HIV infection, kidney failure, diabetes, and chemotherapy for cancer treatment.

It is important to know that persons with Latent TB do not have symptoms and cannot spread TB to others.

What Are Some Symptoms of Active TB Infection?

Symptoms of active TB disease include:

However, people with active TB disease may have different symptoms depending on the infected parts of the body (e.g. cough in pulmonary TB or back pain in spine TB).

Persons with active lung TB disease are infectious and can spread the disease to others unless treatment is started.

When Should One See a Doctor?

Persons with an unexplained cough that persists longer than three weeks or exhibit any of the TB symptoms should see a doctor for evaluation. The doctor will then carry out further tests (blood tests, skin / sputum testing, chest X-Ray etc.) to determine if you have active TB disease.

Is the BCG Vaccination Good Enough to Prevent TB?

In Singapore, all children receive the Bacillus Calmette-Guerin (BCG) vaccine as part of the National Childhood Immunisation Programme. However, the vaccine only protects against very serious forms of TB, such as TB meningitis (TB of the brain lining). While the BCG vaccination provides some protection against lung TB, the protection is insufficient and lung TB can still occur. Booster doses have not been shown to provide added benefits.

How is Active TB Disease Treated?

Active TB can be treated very effectively with a combination of up to four drugs for six to nine months  Once treatment starts, the person will rapidly become non-infectious and no longer pose as a source for infection. There is no further risk of exposure in the workplace or school, and there is therefore no need for workplaces or places where a recently diagnosed active TB case disease has visited to be closed.

What Happens if a Patient Does Not Adhere to Treatment?

Most people with active TB disease do not need to be hospitalised, but are required to go for Directly Observed Treatment (DOT) under the national TB programme. The DOT programme requires them to take TB medication under the direct observation of a nurse. It is important that persons with active TB disease adhere to and complete their treatment regimen even if they start to feel better after the initial period of treatment.

Stopping treatment or skipping doses can make TB resistant to medicines, leading to a higher chance of relapse and the development of drug-resistant TB. In such situations, a stronger and different set of drugs with more side effects must be taken for 18 to 24 months. There is also a lower chance of a cure for drug-resistant TB.

How Can TB Be Prevented?